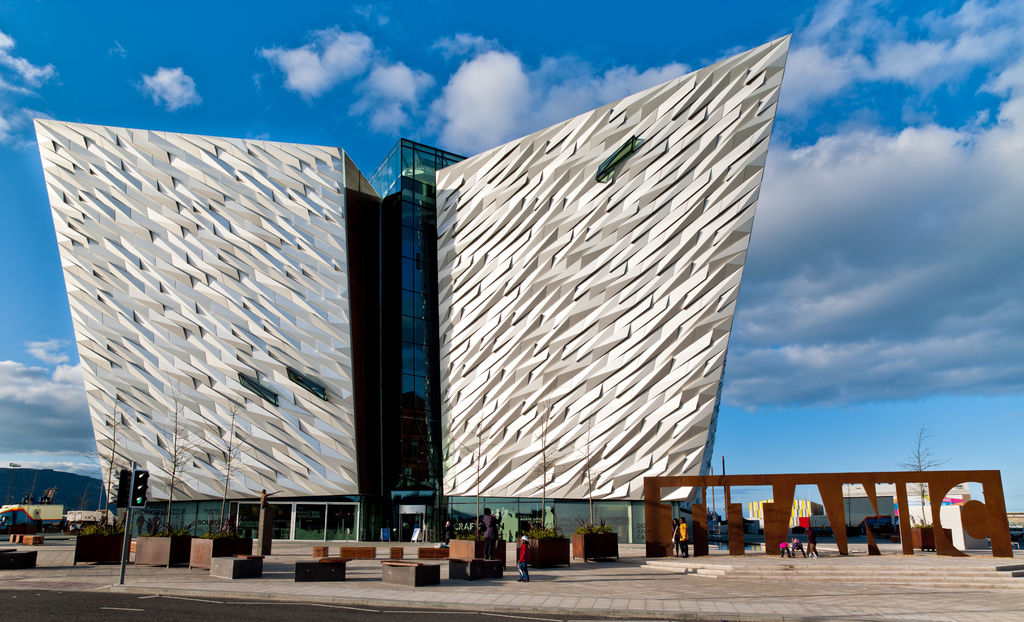 Northern Ireland’s capital city, Belfast, has seen much conflict throughout its history. However, in recent years it’s undergone somewhat of a transformation, and now attracts many visitors all year round. In fact, the number of visitors increases year on year, and it’s easy to see why, as there’s so much to explore and do here.

From the must-see Titanic Quarter, the superb Victorian architecture and the fascinating Ulster museum to the excellent shopping in Victoria and Donegal Squares, and fantastic entertainment venues such as the Waterfront Hall, Belfast City really does have something for everyone.

If you’re planning a trip to this captivating city, here are some of the best tourist attractions in Belfast City that shouldn’t be missed during your stay.

With a long history of shipbuilding, including the building of the fated Titanic, no visit to Belfast would be complete without a tour of the Titanic Quarter. Here you’ll find the world’s largest Titanic visitor experience, a six-floor building containing all kinds of exhibitions and interactive displays, which tell the story of the famous ship, from her conception right through to her demise.

A grandiose and somewhat controversial building, Stormont is the home of the Northern Ireland Executive, otherwise known as the ‘Power Sharing Executive’. Dating back to 1921, it’s set in beautiful scenic gardens and boasts a statue of Sir Edward Carson on the front lawn.

A multi-purpose venue located in Balmoral, the King’s Hall Complex has been the venue for the famous Royal Ulster Agricultural Society shows since 1896. The complex is made up of 6 event venues, with 4 venues still in operation today.

The celebrated Queen’s University Belfast offers guided tours and exhibitions. One of the UK’s leading research universities, its heritage stretches back over 160 years, having been chartered in 1845, and opened in 1849.

Located right in the heart of the city in Donegal Square, Belfast City Hall opened for business in 1906, and is one of Belfast’s most recognisable buildings. The hall is famed for its beautiful architectural features and the peaceful Titanic Memorial Garden, and free public tours are available for those of you who’d like to know more about its fascinating history.

Standing on reclaimed land next to the River Lagan, the Albert Clock is 113 feet tall, and was built in 1865 to commemorate Prince Albert. Created in Gothic style, it features a statue of the prince himself, plus ornately carved lions with crowns, together with floral decorations.

Perhaps what are two of the names that are most synonymous with Belfast’s recent history are those of the Falls and Shankill Roads. The Falls Road runs through west Belfast, from Divis Street in the city centre to Andersonstown in the Belfast suburbs. Famous as being a predominantly republican area, it’s become a year-round tourist destination.

This leads us nicely onto the next point of interest – The Shankill Road. It runs for 1.5 miles through the loyalist area of The Shankill, and the residents of the area are predominantly working class.

Known as the peace walls or peace lines, these are a series of border barriers that separated the Catholic and Protestant areas in an attempt to minimise any inter-communal violence. Ranging in length from a couple of hundred yards to over 3 miles long, they’re usually made of iron or brick, with some of the walls towering up to 25 feet high.

The notorious Crumlin Road Gaol closed its doors to prisoners in 1996. However, in 2012 it reopened to become one of Belfast’s tops visitor attractions, complete with knowledgeable tour guides to give sightseers all the lowdown on what went on inside its famous walls.